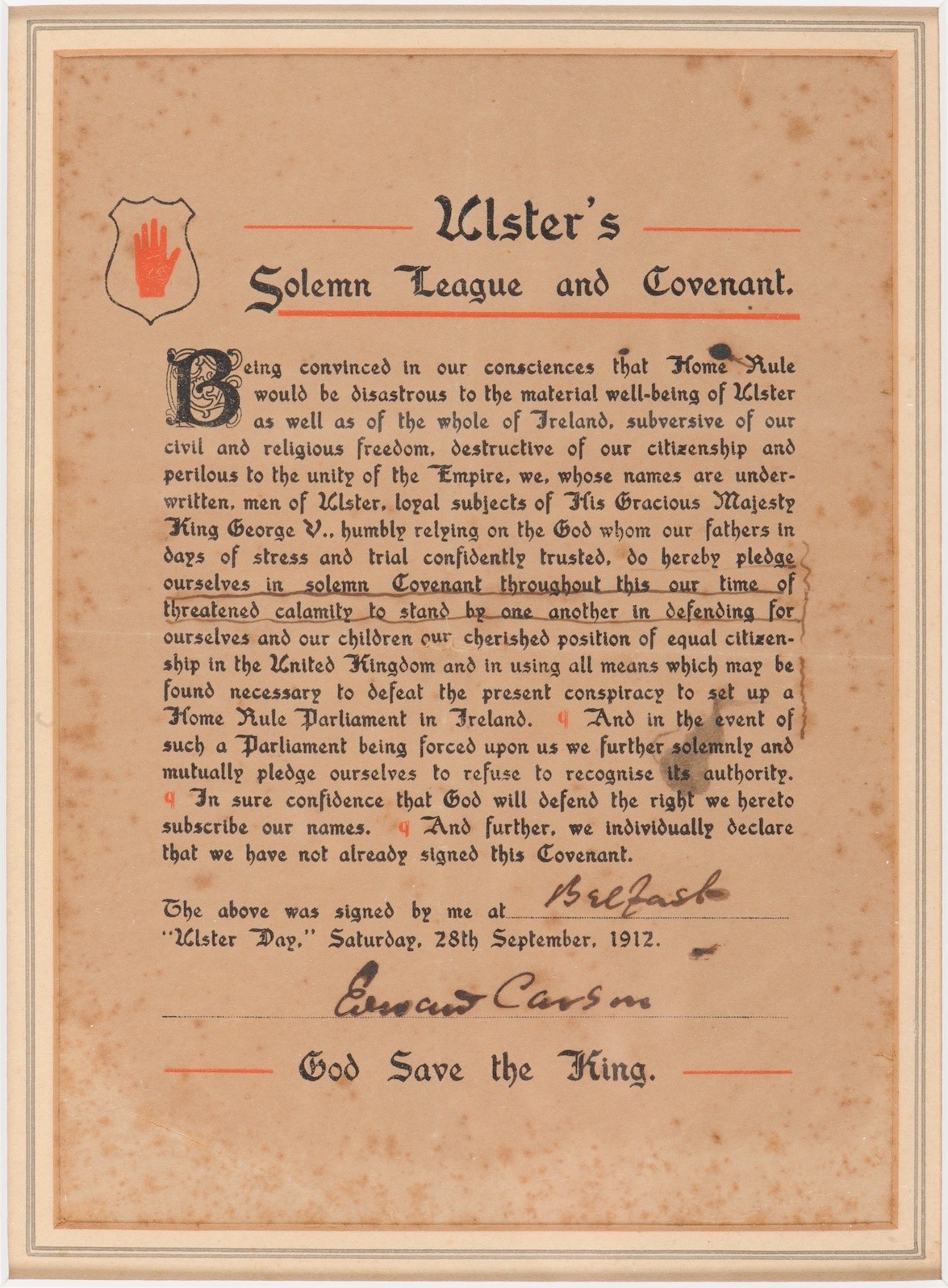 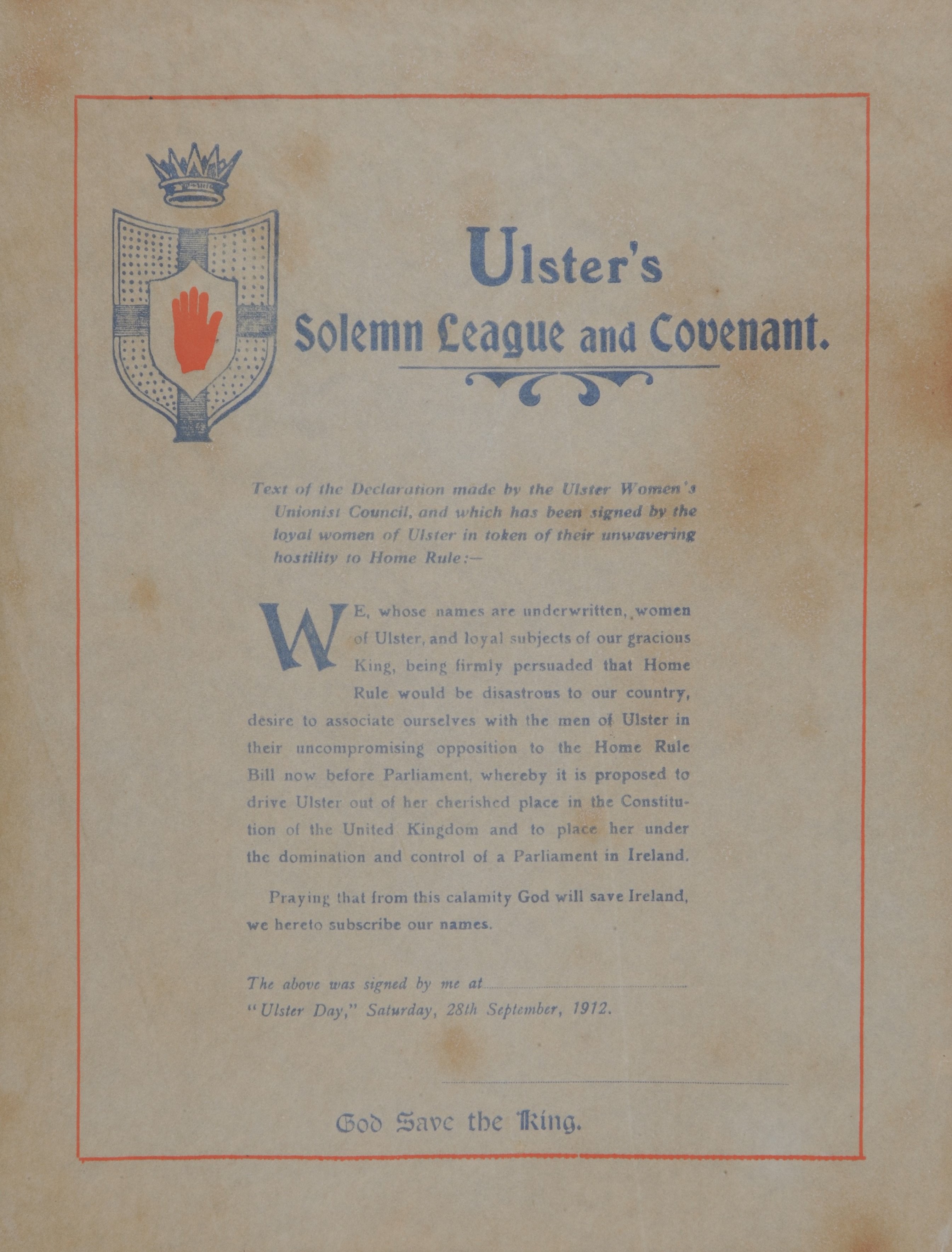 When Edward Carson signed the Ulster Covenant on September 28th 1912, nearly half a million men and women declared their opposition alongside him. A mass rejection of a Dublin parliament.

Discussion: Study the Ulster Covenant document including the language used and its overall intentions. Students will form into groups and discuss their opinions on how valid they believe the document is and what organisers were trying to achieve by gaining signatures. The groups will share their opinions within the class.